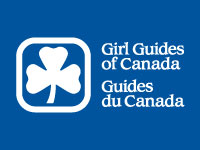 The Girl Guide Movement started in England in 1909. Robert Baden-Powell, a British Army General recently returned from the South African Wars, had written a series of articles on scouting based on his experiences there. These were published in an English boys’ magazine. Boys started practising scouting on their own and in 1908 the Boy Scouts were formed. By 1909 Scouting had become so popular that a rally was held at the Crystal Palace in London. Eleven thousand boys turned up. Great astonishment was caused by a group at the end of the long parade─girls! While their brothers had been busily occupied with Scouting, these girls had been copying them, usually in secret. Girls at that time were expected to be ladylike, doing needlework and art. Their place was definitely in the home, not outdoors dressed in outlandish costumes, practising stalking, tracking, first aid, stopping runaway horses and rescuing people from burning buildings! Both their mothers and the general public were shocked and horrified at the girls’ escapades and appearance─skirts hiked up, wearing Scout hats, carrying stout broomsticks, hung about with whistles, knives and enormous haversacks decorated with large red crosses.

These daring girls pleaded with B-P to be allowed to join the Scouts. He agreed to help them but said that they would be Girl Guides and have Patrol names of flowers or birds, not wolves! He asked his sister, Agnes Baden-Powell, to help him with a girls’ organization and she became the first President of the Girl Guides. Working together, they produced Pamphlet A and Pamphlet B, outlining program ideas and badges for the girls. Later, an adaptation of B-P’s Scouting for Boys was published: The Handbook for Girl Guides or How Girls Can Help to Build Up the Empire. This remained the standard manual for many years.

Visitors to Britain observed the value of Guiding for girls and took the idea back to their own countries. By 1910 Guiding had started in Canada, Denmark, Finland and South Africa. Within the next two years it spread to Ireland, Holland, Sweden and the United States.

In 1912, Baden-Powell married Olave St. Clair Soames and when he was later knighted for his service to his country, she became Lady Baden-Powell. She was our first and only World Chief Guide. Olave was a great help to B-P in his work for Scouting and Guiding. They visited Canada several times, the first visit being in 1914. B-P died in 1941. After the Second World War was over Lady Baden-Powell began traveling again, visiting her “family” all over the world. Her last visit to Canada was in 1970. She died in 1977 at the age of 88.